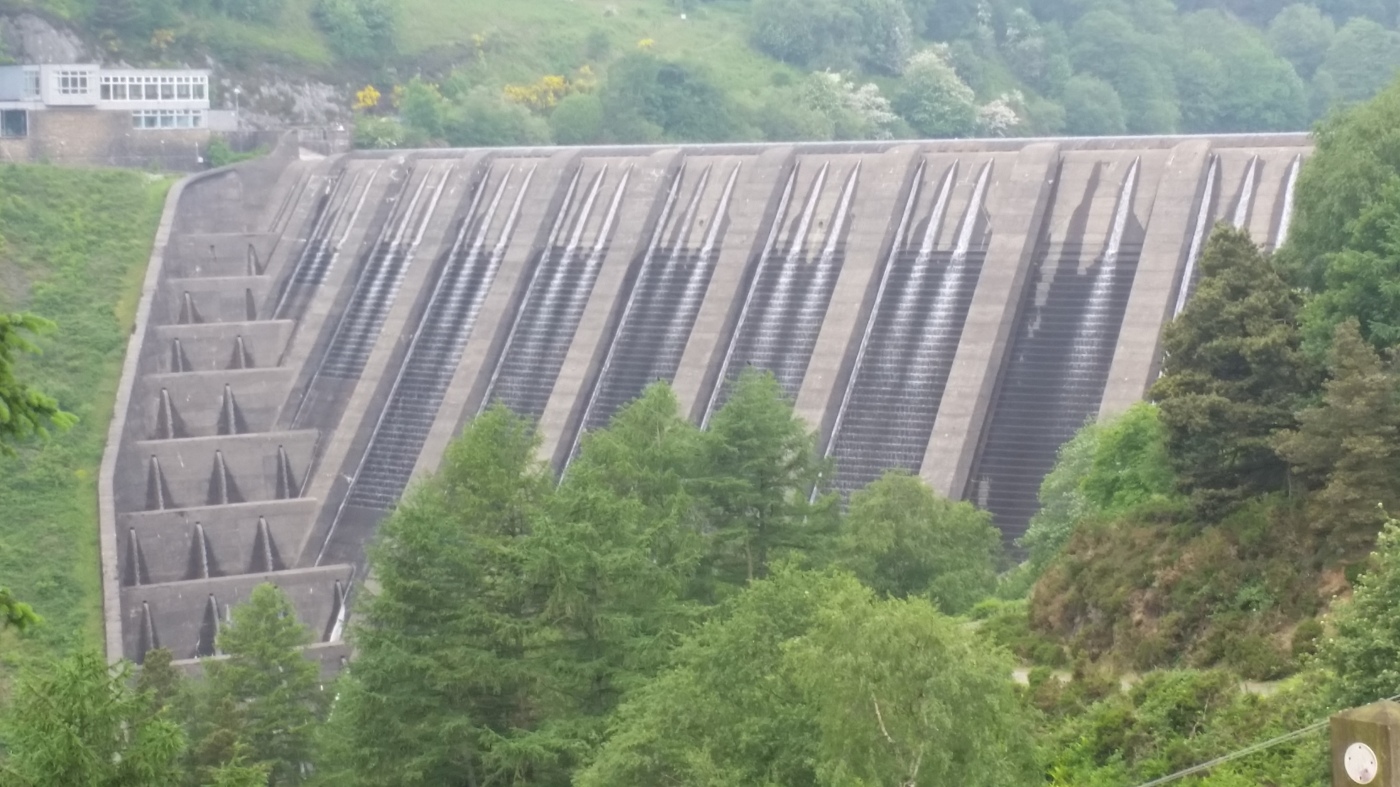 The Clywedog dam and reservoir were the main attraction today.

After locating Llanidloes’ co-op and buying two cheese ploughman’s sandwiches and, furthermore, taking advantage of the meal deal to add on some Walker’s Cheese and Onion crisps (now THAT’s a ‘Happy Union’), I departed with a spring in my step!

If day two legs are tired and heavy, by day three they seem to have accepted the situation and agreed that they might as well go along with it.

It was a pleasant climb through woodland to St Idloe’s golf club to start the day and I had toyed with the idea of getting a quick nine holes in but pushed on as it was a long stage ahead.

For the next hour or so it was a procession of field, stile, field, stile but the going was good and the sheep, the thousands of them that line the route, like Union Jack bedecked royalists at another wedding, kept themselves pretty much to themselves.

The sheep are one of the main features of the walk. The other is the exceptionally good waymarking. Every time you think ‘they could do with a waymarker here’, one appears  over the horizon.

A wood warbler was the only highlight of the morning from a birding sense. In the afternoon a willow tit showed well as the expression goes. There was a more interesting bird but I’ll come to that shortly.

After a couple of hours of negotiating farmer’s fields the Clywedog dam was pretty impressive – see photo at the top. There was also the ruins of the Bryntail lead mines which made for a nice spot to stop for lunch.

Above is a picture I could always see myself taking. I think it reflects well on me. Moving on…

After leaving the dam there was a slog uphill and then some great vistas of the reservoir. Basically, for about the next two hours, you just kept getting fantastic views over it. 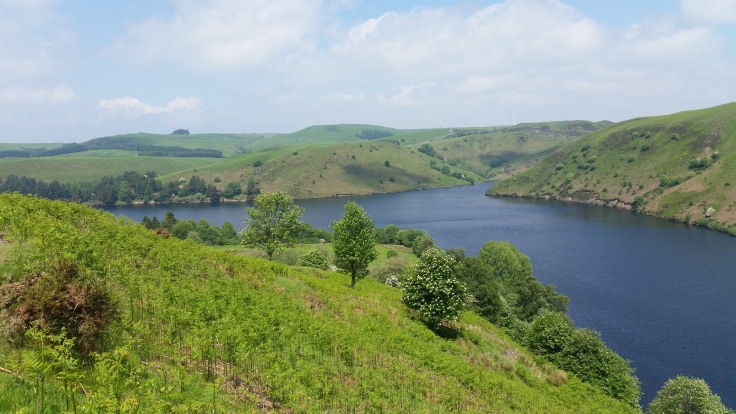 After negotiating more sheep fields, the Hafren forest makes a pleasant change, with easy walking on forest track for half an hour or so. I hadn’t realised that they have ospreys nesting there. With my compact binoculars I was just able to make out the female sitting on the nest. Sorry willow tit and wood warbler, you’ve been trumped!

The planners of the walk had a nasty surprise in store with a really sharp climb of about 200 metres a mile or so from the end of the stage. Tonight’s accommodation was calling though so after one extra push you crest a hill to see Y Star

I like the Star Inn. No pretensions – just getting the basics right and keeping people happy.

No real ale on hand pull. Why would you? You wouldn’t sell it quick enough. Some very nice bottles though. Cwrw from Edward Evans and Glamorgan Pale Ale were very good.

Food was decent too – a kerala sweet potato and cauliflower curry with really good home made chips.