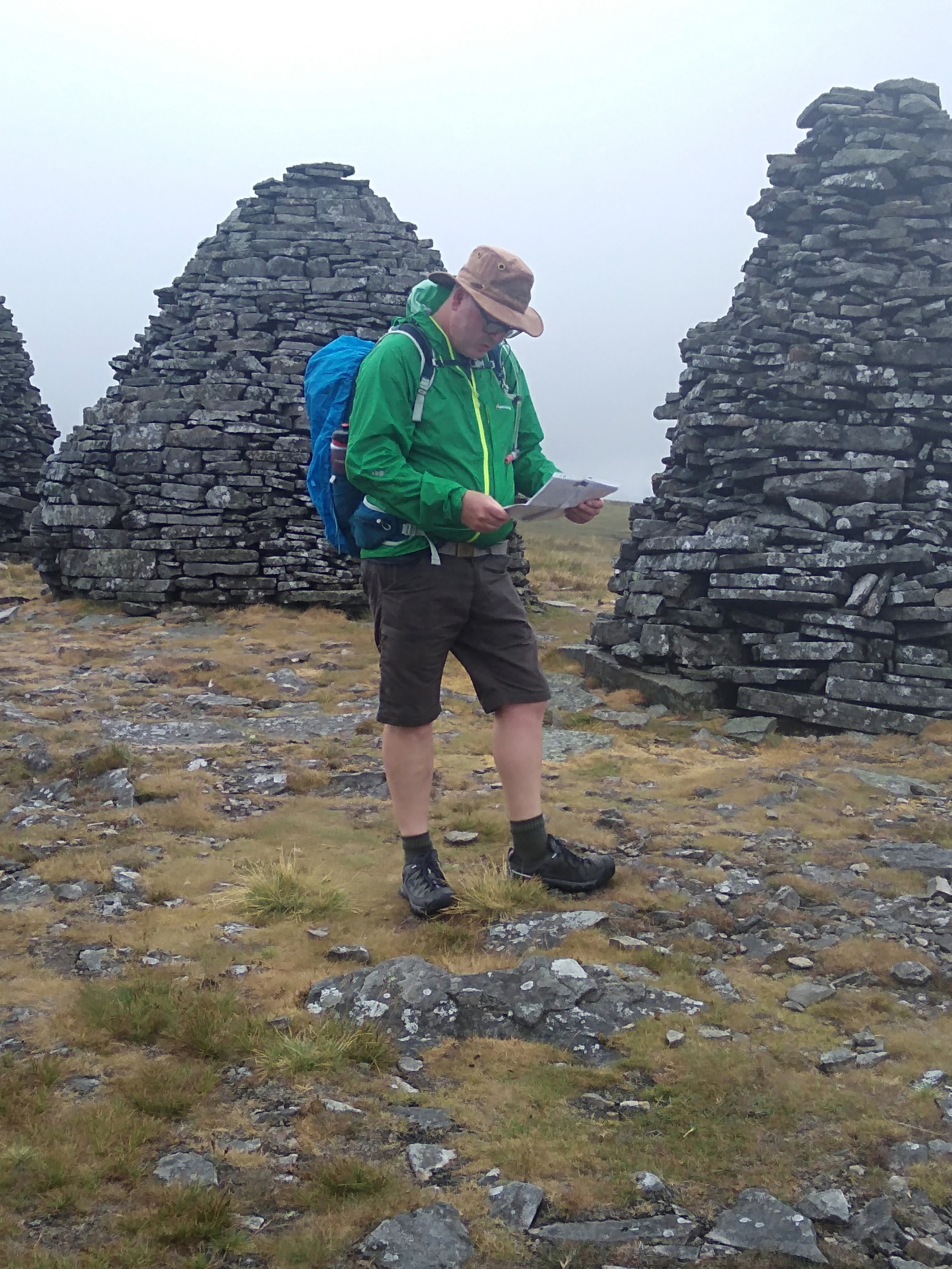 Friday the 13th…. What could possibly go wrong?…. Very little as it turned out.

My walking companion joined me on the Carlisle train at Warrington BQ and after a quick walk round Carlisle we caught the sprinter to Kirkby Stephen.

The volunteer guard (works every Friday as there are lots of tourists going over the Ribblehead viaduct) warned us that about sixty kids would get on but that they would only be on for five minutes as they were going swimming. He said that sometimes they got in our coach and sometimes the other one. A Geordie gentleman offered him a fiver to make sure they got in the other coach, a sum I said I was happy to match. As it turned out they got in our coach but were very well behaved and brought the average age down slightly.

The taxi I’d ordered to take us from the station to where we’d left off in Kirkby Stephen last June was twenty minutes late. He came up with some cock and bull story about two caravans having crashed but you can’t kid a kidder.

Having bought some essential supplies we eventually found the footpath and headed over Frank’s Bridge and round Hartley Quarry and began a steady but manageable climb to the top of Nine Standards Rigg. It was drizzly and misty in parts but the temperature was much more tolerable as a result.

The nine standards are pretty spectacular. They’ve seemingly been there for ever but nobody is really sure what they were for. They are also part of the watershed one side rain falls to the North Sea and the other side it flows to the Irish Sea.

This is as high as we will get now before we finally reach Robin Hood’s Bay. This section of the walk is notorious as being really boggy and they have also waymarked three different routes for different times of the year to cut down on path erosion. As it was, with the heatwave we’ve been experiencing, there was very little to worry about. To further ease the bogginess problem they have also put in a lot of new slabs and have done a cracking job of it. 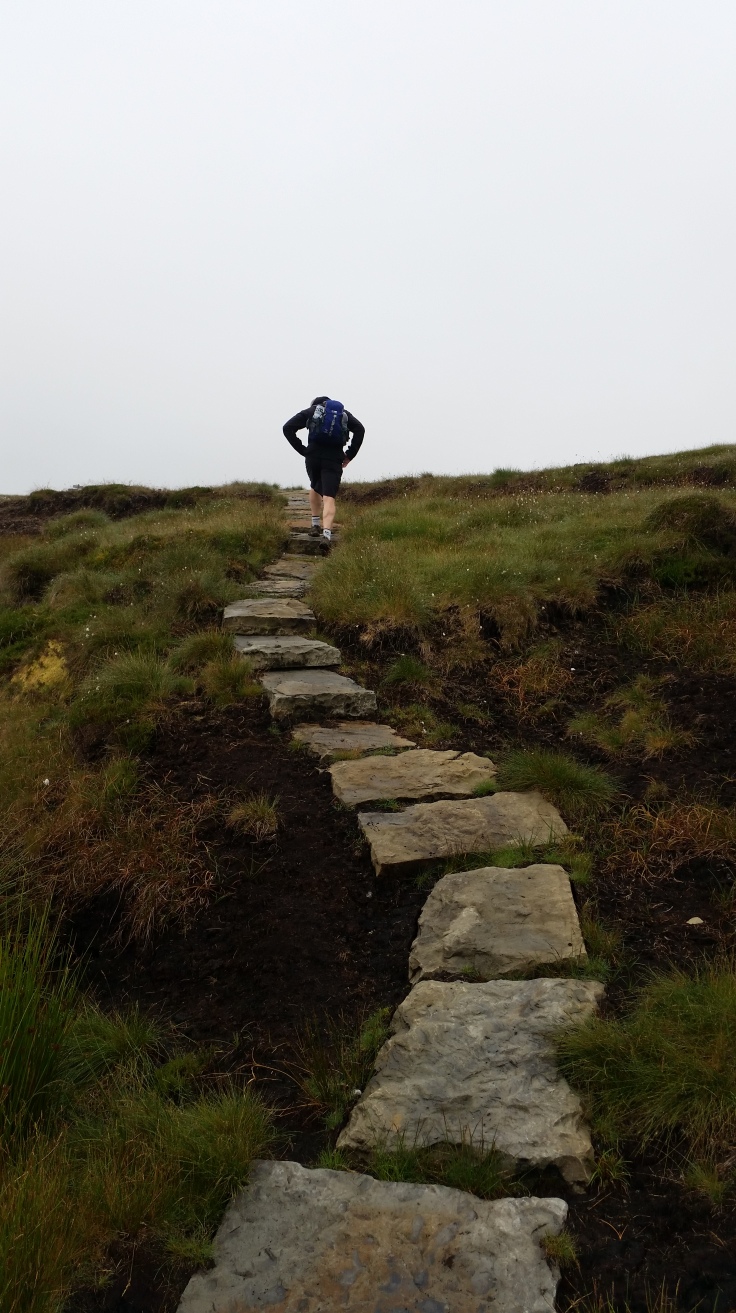 Lots of interesting bird life. Some really good views of Golden Plover and, finally, a close up look at a Curlew in Keld itself. One I couldn’t identify but from looking online I think was a tree pipit.

The rain eased off pretty quickly and all in all it was a nice steady walking day. Keld is very picturesque and both the B&B and Keld Lodge over the road (with Black Sheep on draught) are very comfortable and welcoming. The views are superb as well. 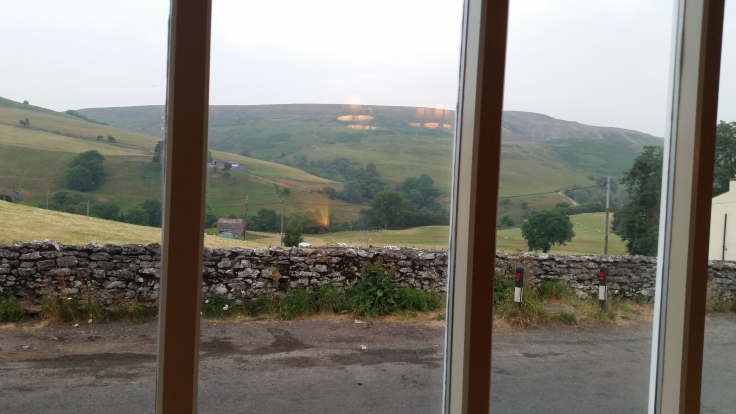 Big day tomorrow as we knock off two stages in one day in order to get to Richmond! Looks like about 23 miles but we’ve got an early breakfast booked and it’s not forecast to get over 20 degrees.