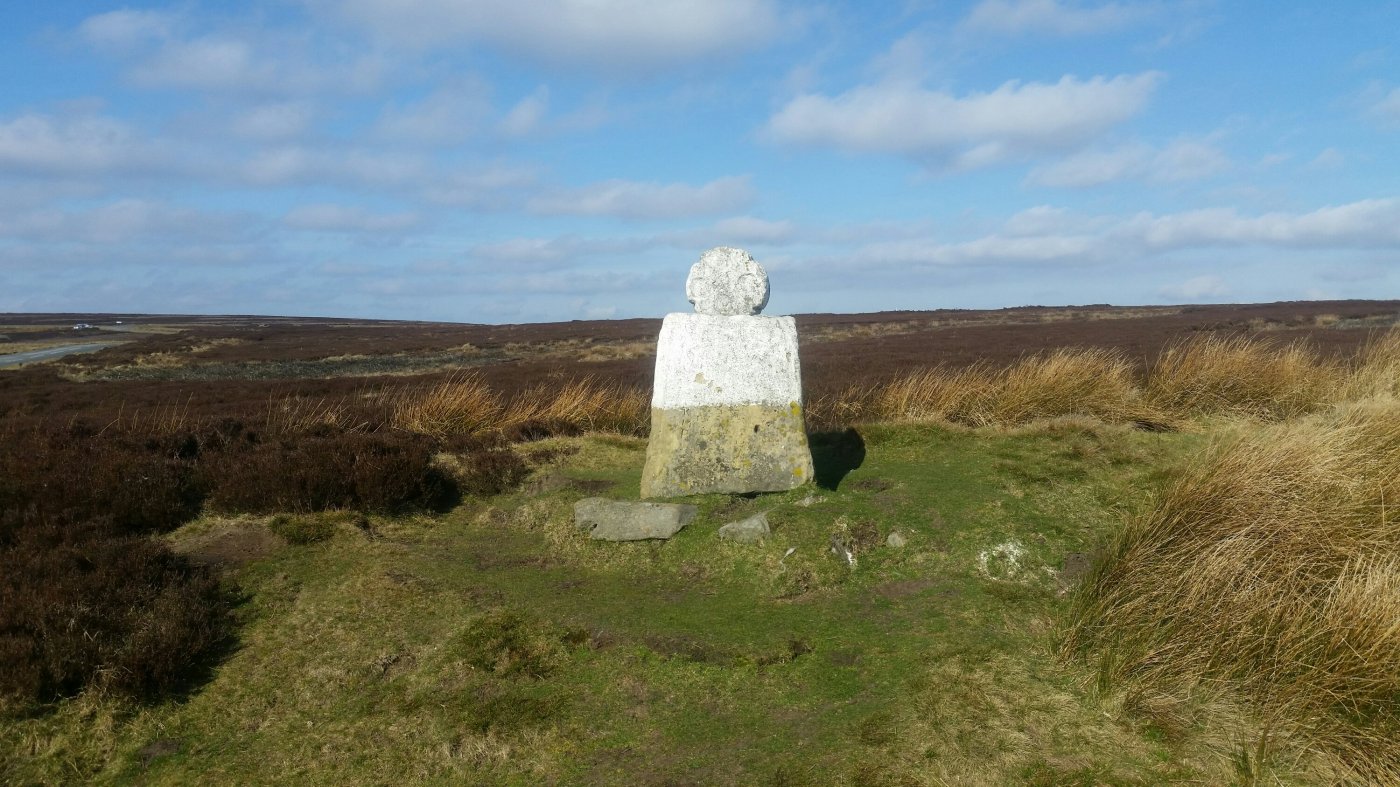 A real return to form from AW with today’s stage. One of the best day’s walking for a long time.

Breakfast at The Lion didn’t quite live up to the vegan burger of the night before but it was filling and set us up for the day. We were looking to get a relatively early start anyway so didn’t linger too long.

A little bit of road walking to start the day but there were curlew and lapwing flying in the moorland either side of the road so I was more than happy.

Fat Betty, an old stone cross (as seen above), was the first target of the day. The weather was perfect and there were lots of birds around, including skylarks and also an interesting caterpillar that I’m hopeful one of the naturalists can identify?

After another mile or so we left the road behind to take a fantastic Morland path through Great Fryup Dale!

More beautiful moorland paths for the next hour or so, leading us towards Glaisdale where there was a post office, shop and toilets!

We stopped for ten minutes or so before heading on with a change of terrain as we headed into woodland with a short, sharp climb taking us away from the River Esk. After leaving the woods a short road section took us to a set of stepping stones. 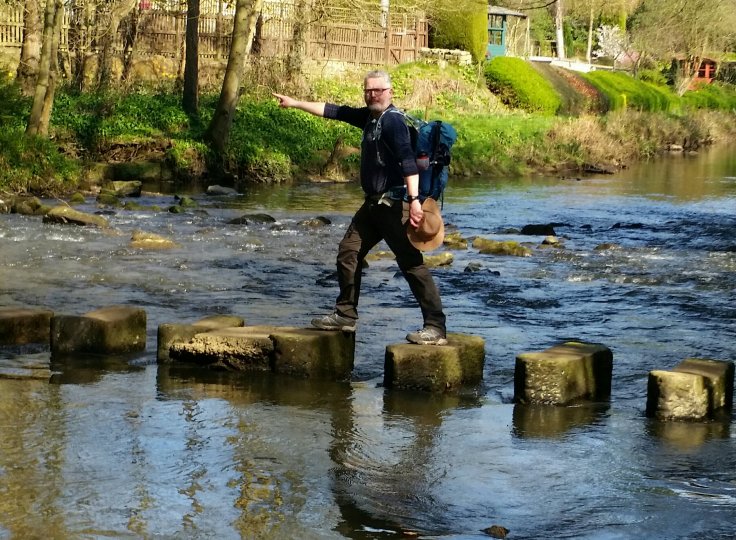 This was now Egton Bridge and we knew we had plenty of time in hand (for a change). We popped into St Hedda’s Church which had an unusual stained glass window commemorating Nicholas Postgate, a Catholic martyr in the C17th. 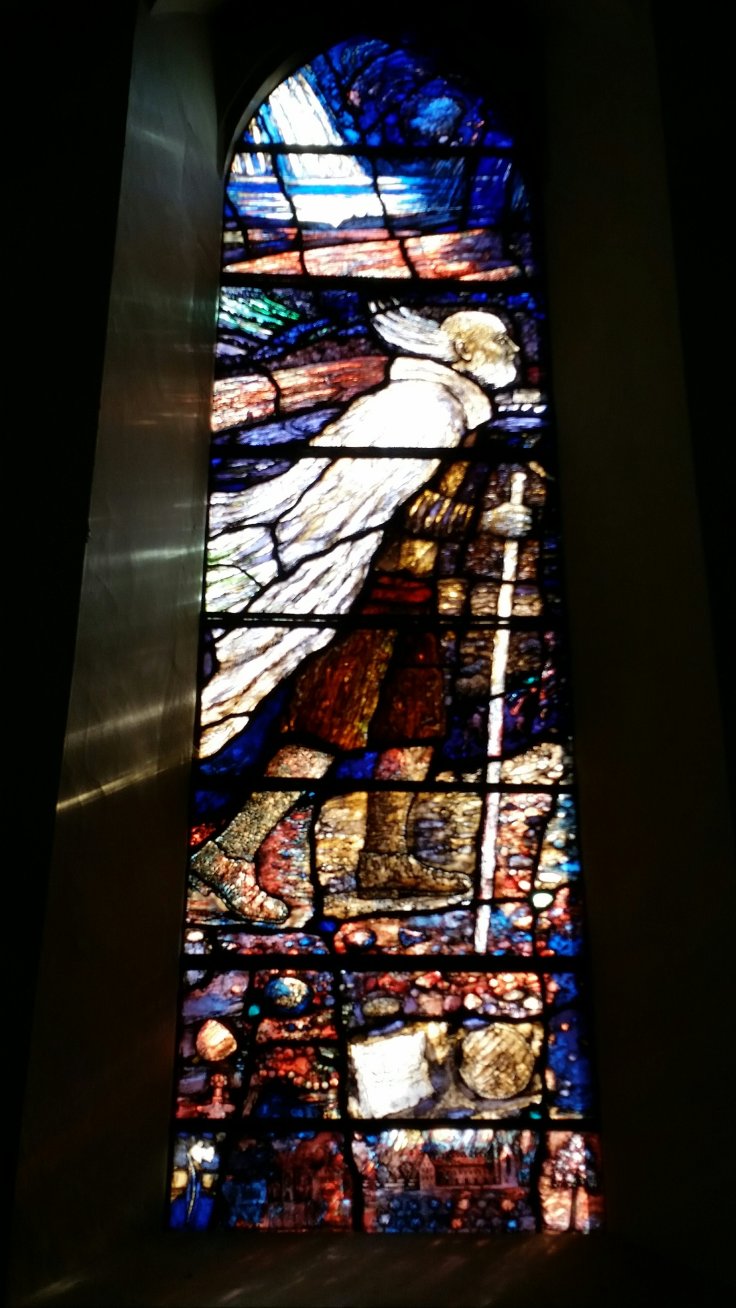 After leaving the church we were heading past Egton Manor when we said hello to a lady walking a doberman. After walking past, she turned round and asked us if we were walking the Coast to Coast. At this stage I wondered if we had taken the wrong path and were on private property. I was also wondering if I could outrun either the doberman or Ian (either would suffice but neither seemed likely).

It transpired however that she was thinking of setting up some camping pods in the grounds of the Manor House for walkers and asked if we thought they would be popular. We gave it a big thumbs up and said it sounded like a great plan. I can picture us walking past in a couple of years with her nailing up a For Sale sign and mumbling something about “Bloody Scousers”.

The road through the estate took us to the outskirts of Grosmont. We thought we deserved a pint at The Station Tavern as they were getting the North Yorks Moors Railway ready next to the pub.

After leaving Grosmont you are met by a nasty climb of about 250 metres before a mile or so of more beautiful moorland – lots more lapwings displaying and calling here.

A walk down the farm track brought us to Intake Farm where we were given a warm welcome and made to feel at home. They can also boast of the best shower on the route so far!

Only 11 miles to the finish at Robin Hood’s Bay tomorrow.